SheilaPosted on March 16, 2020 Posted in Scots in South America 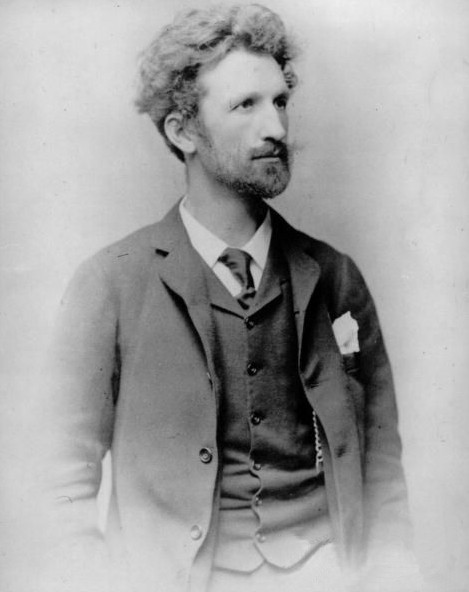 Robert’s life was certainly not dull – after an exciting life as a gaucho in South America he took to politics, was a Member of Parliament and a founder member of both the Independent Labour Party and the Scottish National Party.  He was an accomplished linguist and horseman and a prolific writer of travel, biographies and histories of Latin America.

He had a privileged childhood at Finlaystone, near Langbank in Renfrewshire.  His father, Willy, was the 9th Laird of Gartmore near Stirling and a soldier but his adventurous streak may have come from his maternal grandmother, Dona Catalina Paulina Alessandro from Cadiz.

When he was 17, to take his mind off an unsuccessful love for a married Hungarian Countess, he sought adventure and after a chance encounter he decided to join some distant cousins, James and Edward Ogilvie, who ran an estancia in Entre Rios in Argentina and in 1870 he duly set sail.  The estancia was a great disappointment, very run down, and the Ogilvies were both alcoholic!  He made the most of it for a time but before he could return to Scotland he was taken captive by a band of revolutionaries who had been stealing the Ogilvies’ cattle.  They seem to have been friendly revolutionaries and for a time he joined them, looking after their horses while they took part in the power struggle in the region.

Before returning home he joined drovers taking cattle from Argentina to Uruguay, along with Scottish brothers William and Thomas Witham, a life on horseback which suited him very well.  But in Uruguay he took very ill with typhus and went to Paraguay to recover, with Dr William Stewart.  He went on to help the Stewart brothers in Paraguay trading in horses between Paraguay and Argentina and looking to help the local economy by developing trade in yerba, Paraguayan tea.

On a short trip home to escort one of the Ogilvies who had developed DTs he made contact with merchants in London to try to establish a trade in yerba and, on returning to South America he rode 600 miles up the river Parana to the Iguaca Falls which became the basis for his book “A Vanished Arcadia” which was the basis for the film “The Mission” documenting the role of Jesuits and the local Indians.

When he reached the age of 25 he was legally entitled to take over the management of Gartmore – his father had not been well enough to do so for some years – and William returned to Scotland.  En route he stayed in Paris for a time and met an aspiring actress called Gabrielle whom he married.  His Scottish relatives were rather sniffy about Gabrielle and it was a few years before they could settle to living in and  managing Gartmore.

He then developed new interests in politics, socialism and Scottish nationalism, as well as prolific writing.  In 1886 he was elected to Westminster, standing as a Liberal though it has been argued that he was the first socialist elected to parliament.  In 1928 he joined forces with Compton Mackenzie, Hugh MacDiarmidand John MacCormick to establish the National Party of Scotland.

He died in 1936 on a visit back to Buenos Aires, after a long fascination with all things in South America.