SheilaPosted on May 3, 2020 Posted in Irish in South America 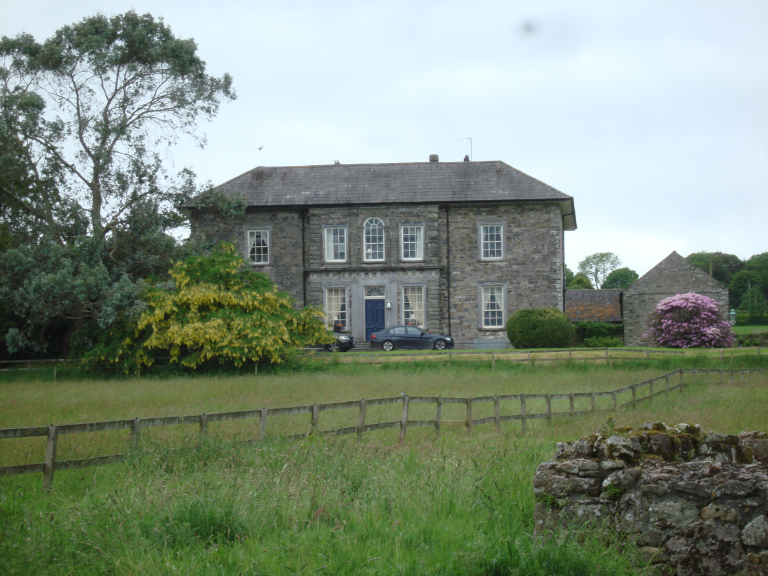 Coole Abbey House – a Peard family seat, is located in the townland of Coole Upper, near Castlelyons on the road between Conna and Fermoy. It was called after the nearby abbey of which little now remains. Coole Abbey House was built ca. 1765 by Henry Peard and remained the family home for well over a century. Henry passed it on to his son Richard, his grandson Henry Hawke Peard, his great grandson Richard McCullough Peard, and finally his great great grandson Henry Wm. Peard. The Peard family were local landlords, and had been farming at Coole and the surrounding area since about 1640.

Henry Wm. inherited the property, sold up and emigrated to Buenos Aires where in 1893 he married Flora Augusta Sewell (1874 – 1960). The following was written by Aphra Peard, Henry William’s granddaughter, in 2006 based on stories from the family including her aunt Aphra:

Henry Wm. Peard trained as a doctor of medicine in Trinity College, College, Dublin. He sold his inheritance Coole Abbey and went to the Argentine in 1888. My father said that what his father had inherited was mortgaged to the hilt, though he used the word “entailed”.  So he tossed a coin: Argentine or Australia – and Argentine came out heads.

He became a doctor on the railways which had been built and were run by the British. He settled in Curumalan where he was met by John Sewell. He eventually married John Sewell’s eldest daughter Flora Augusta (Gussie). They had four children: Ana Maria (Tiny), Aphra, Richard (Dick) and my father John (John Charles Harte Peard, 1908 – ’98). While the children were young they moved to Buenos Aires as my grandmother insisted they go to a proper school. They lived in the centre of town and there he practiced medicine as a GP.

Apparently he could have had a very prestigious career but he was not interested. He never sent out a bill in his life, and the children came home from school to step over cabbages or whatever grateful patients left in lieu of bills. (As a little boy Onassis – the famous shipping millionaire who married Jacqueline Kennedy – used to deliver the vegetables as his father had a vegetable shop in Buenos Aires.) He was very keen on fishing and the story goes that all he cared about was his camp bed and his fishing. He only slept in a camp bed. Never used matches – they were new fangled; and as for wearing a white coat when treating patients – he thought that was pure affectation!

He was much keener on his daughters than on his sons. He went fishing with Johnny Benitz, Aphra’s husband and I think introduced him to fishing. He loved going to stay with them at their estancia (ranch) in Cordoba and loved the children and introduced them to fishing and

shooting I think. My father told me that one day he said to my father that he would drop down dead. Pa said ‘Oh don’t be ridiculous’. But he did. A short time later he had a heart attack in 1936 and died. That is all I know about him.

Ref: A History of the Peard Family of Ireland
Researched and compiled by Captain Darrell Woodley Peard, 2009, a limited edition for private circulation. Copy in National Library of Ireland.