SheilaPosted on April 5, 2020 Posted in Irish in South America, Uncategorized 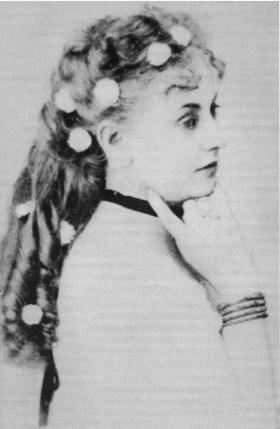 LYNCH, Eliza Alicia (1834–86), mistress of Francisco Solano López (dictator of Paraguay, 1862–70), was born in Charleville, Co. Cork, the eldest of at least three children of John Lynch, a Catholic doctor, and his wife, Jane Elizabeth, second daughter of Captain William Lloyd, RN. Little is known of Eliza’s life before her marriage, at the age of sixteen, to Xavier Quatrefages, a 34-year-old pharmacist and officer in the French army, in a Church of England church at Folkestone, Kent, on 3 June 1850. The marriage was a travesty as it could not be recognised under French military or civil law and after three years she left him because of ‘ill health’ and rejoined her mother in France.

Her life at that time is not clear but after she met Francisco Solano López in Paris in early 1854 they became lovers. López, the son of the dictator of Paraguay, was leading his country’s first diplomatic and military procurement mission to Europe. Eliza accompanied him on subsequent missions to European capitals, where they were received (except at the Vatican), and a bill from a Dublin linen merchant suggests that they visited Dublin in July 1854. In late 1854 López and the already pregnant Eliza travelled separately to Buenos Aires, where Eliza remained alone until their first son, Francisco, was born; she followed López to Asunción in May 1855.

López provided a residence of great style for his mistress in the centre of the Paraguayan capital, as well as a country estate; he himself maintained a separate residence, and Eliza was not received by his parents or by the older Spanish families of the city. Eliza and López had five more children: Corinna (1856–7), Enrique Venancio (b. 1859), Frederico (b. 1860), Carlos (b. 1861) and Leopoldo (1862–70). When López succeeded his father as dictator in September 1862, Eliza’s position in society was transformed, to the horror of those who had previously sought to snub her. She brought French and Italian architects, theatre groups and musicians to Asunción, arranged balls in the Club Nacional, and provided lavish public entertainment for the masses; through her popularising of the polka she left an enduring mark on Paraguayan folk music.

López’s Napoleonic ambitions triggered the catastrophic War of the Triple Alliance against Brazil, Argentina and Uruguay (1864–70), in which over 90 per cent of Paraguayan men and 50 per cent of women died. Eliza was widely but falsely accused by López’s enemies of inciting his ambitions. The war effectively ended when Brazilian forces occupied Asunción in January 1869; López, Eliza and their children, accompanied by a coterie of stragglers and prisoners, had by then become fugitives in the hinterland. The end came at Cerro Cora, close to the Brazilian border, on 1 March 1870; they were surrounded by Brazilian cavalry, and López and their eldest son, Francisco, were killed in Eliza’s presence. Wearing a ragged ball gown and dancing slippers, she buried them with her bare hands.

Arrested by the Brazilians, Eliza claimed British citizenship and was deported to Europe. She arrived in London with her four surviving sons on 18 July 1870, and pursued legal claims for embezzlement against Dr William Stewart, the former medical adviser to the Paraguayan army, whom she had entrusted with part of her fortune; she won one of her actions, but settled for £7,000.

The Paraguayan government declared her an outlaw and appropriated all her lands in 1870; by then she was the greatest landowner in the country, having acquired approximately a third of the national territory in her own name. Eliza and her son Enrique returned to Asunción to face down her accusers on 23 October 1875, but the government refused to see her. She then went to Buenos Aires, where she wrote and published her Exposición y Protesta, a passionate defence of her entire career against her many ‘calumniators’.

Eliza returned to Paris, where she lived “discreetly”. She died on 25 July 1886 at 25 Boulevard Peraire, and was buried in Père Lachaise cemetery. In 1961 her remains were exhumed and returned to Asunción by the dictator General Alfredo Stroessner, who declared her the national heroine of Paraguay; they lie in an elaborate tomb in the national cemetery, La Recoleta.